So here we are, a couple weeks from the Speedbowl’s scheduled opening day with a lot of questions still seemingly unanswered in Speedbowl land.  I’m not gonna rant this time about what’s going over there… or not going on.   This one is about my plans for the Vault Productions crew moving forward.  I’ve been pretty open with my emotions through all this latest Speedbowl news, so why stop that approach now, especially when it comes to what you’re about to read below… so I’ll cut right to the chase:

Effective immediately, Vault Productions has indefinitely suspended the production of our web series “Sid’s View” at the New London-Waterford Speedbowl.  This is primarily due to the recent news involving the current track owner but also other factors that I’ll get into as well.  I struggled with all of this since the news broke.  It was definitely the hardest decision I’ve made in regards to my Speedbowl affiliation.

Over the last several weeks, I’ve talked with my crew, consulted with all of our production sponsors, had some conversations with the current Speedbowl staff and also asked for advice from family & close friends.  Like I said, it was not a decision that I took lightly.  I spent a lot of time thinking about what to do if ownership remained the same, or if the ownership changed, or if the track didn’t open at all.  The current regime still says the place is scheduled to open as planned with the track owner…. well, still the owner.  The facility has not been sold, despite being widely speculated recently that it would be (and I think many of us were hoping for just that).  But it’s less than 3 weeks away from the scheduled opening event and I haven’t heard any news that changed my initial reaction to all this and it was time to make a decision, no matter how painful it was to do so.

My biggest regret with this decision is that it means we will no longer provide weekly coverage or promotional exposure to the race teams.  I am totally aware that suspending production somewhat punishes the community as a whole, and that is definitely unfair to them.   I struggled with that… it’s why this has been such a tough decision to make.  But the fact of the matter is, the web series can’t promote the race teams without promoting the track, they go hand-in-hand.  I definitely sense that many people in the racing community, maybe even the majority of them, will be able to separate the two and continue to support the track & its race teams.  But when it comes to the web series, that’s just not a separation I can make.  Unfortunately, the promotional value that our web series provides to the owner’s business is no longer a situation I feel comfortable with.  Everyone in the community is going to have to do what they feel is best for them.  This is what I feel is best for myself and my family. 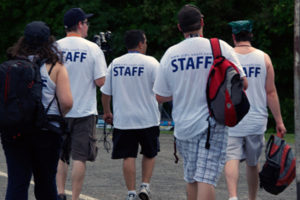 That being said, I want to make clear that my decision to stop producing “Sid’s View” DOES NOT mean I’m boycotting the track altogether.  In terms of the decision I had to make, there is a clear difference between attending the races as a fan and producing a web series that  promotes the owner’s business at no charge to him.   While I’m sure many will be disappointed in me, I hope this decision is not misinterpreted as a boycott of the track or the race teams who compete there.

I will continue to work as an active historian, update the track’s statistical history and release nostalgic videos from Vault Productions’ vast archives on a more of a regular basis.  Completion of our documentary series will also continue as planned.  Those projects do not require any commitment to the current season in order to continue.  Our network of websites – sidsview.com, speedbowlhistory.com and speedbowldocumentary.com – will all remain active with updated content on a monthly, if not weekly basis.  The only difference would be that sidsview.com, at least for now, will be predominantly nostalgia-based content like the other sites.

Ya know if I’m being honest, I have to admit that I’ve actually considered taking a year off from “Sid’s View” for a couple seasons now.  Don’t get me wrong, I’m tremendously appreciative that it’s become a big hit and highly anticipated each season, but the reality is more of my focus has been with the documentary ever since the foreclosure auction ended in October 2014.  You have to remember that I’m not a savvy on-air personality type like Derek Pernisiglio nor am I really good behind the cameras like the Gleason Bros. have been for me over the years…  When it comes to video work, I’m an editor before anything else… that’s where my passion lies, and a documentary-style project gives an editor a lot of creative freedom.  The whole process of taking interview footage and adding photos & archive footage to help tell all these great stories from the past is really what I love to do most… even though that process is extraordinarily time-consuming and making this project take forever. 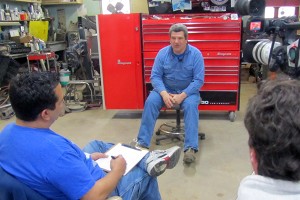 There are also other reasons the doc is taking so long…  Part of it was my own initial (and some might say crazy) belief that I could actually produce an independent 6-part documentary series on a minuscule budget.  Definitely way over my head at times with all that’s actually involved with this production, but still dedicated to see it to through until it’s finished.  And yet another reason it’s taking forever is because we stop working on it for 6-7 months each year so we can produce “Sid’s View”.  I hate typing that out because it sounds whiny…. honestly, I’m not complaining…  just explaining how covering the current events does delay the documentary project that I’m more passionate about.  There is definitely a part of me that is getting over-anxious to finish doc series and it was an additional factor in re-evaluating what to do this year.  In a way, the recent news with the owner just made a choice I’ve already been pondering easier to make.

And there’s also the real life factor that I had to consider.  Despite all the recent Speedbowl curve-balls being thrown around out there, my life outside the Speedbowl requires more of my attention these days… and that too, played a part in my decision.

I hope my rambling here did explain that my decision was a little more involved and carefully thought out.  It’s funny ya know, I never really thought too much about how long we’d actually produce “Sid’s View”.  I’ve always just kinda re-evaluated the situation during each off-season.   But I always knew it wouldn’t last forever.  The end was gonna come at some point.  I definitely didn’t think it would be now… or under these circumstances.  Nor am I saying this is permanent – I did say suspended indefinitely, not done forever.  If things change down the road, maybe I’ll revisit the situation.  But for now, this decision is what currently works best for me.

I just want to again give a quick shout out to all my crew and production sponsors who have been truly supportive as I’ve debated what to do over the last few weeks.  Just like our video projects, I couldn’t have gotten through this without their support.

And let’s remember, the Speedbowl was around for 59 seasons before I showed up with a crew & cameras every Saturday.  Like I said last time about other recent departures from the Speedbowl, this too is not the end of the world.  The Speedbowl can survive with or without our web series, and ultimately, more than anything, isn’t that what we all want anyway?

With regret & sadness, yet a continued hope for the best for the Speedbowl community,
Sid