A look back at the original dirt track configuration of the New London-Waterford Speedbowl that debuted when the track first opened on April 15, 1951 and lasted for 3 weeks, before complaints about the dust & dirt forced the track owners to close the track for a few weeks and re-open as a paved asphalt track, which it has remained ever since.

Great interviews in this segment from John Brouwer, Don Benvenuti and Dick Brooks.

PRODUCED BY: Vault Productions
Originally released as a segment in 1st film in the Speedbowl Doc Series. 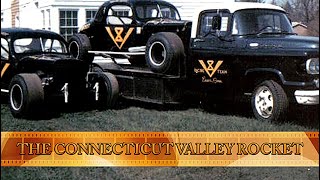